“Pain is absorbed in growth”
Virginia Woolf in The Waves 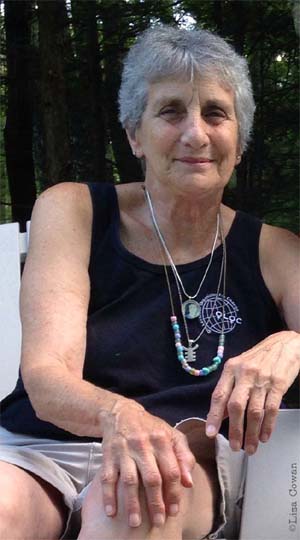 “Victim politics” is to feminism as “do-gooder” is to doing good. Victim politics and feminism lead us in different directions. One fosters guilt, the other encourages transformation; one offers deprivation, scarcity and suffering and the other promises movement toward love, wholeness and abundance. Because both react to oppression, they seem related and are often confused with each other.

Perpetrating this confusion, a particular breed of anti-feminists likes to criticize what they label “victim politics” in order to deny the reality of oppression. They curry favor with their masters by suggesting that the responsibility for offenses, such as rape for instance, lies with the survivors of it, rather than with the rape society we live in. Naturally, the masters love it and reward them with media attention, publishing contracts and tenure.

On the other hand there are those to whom a “victim” identity is sacrosanct, from which their entire perspective flows and their self-esteem derives. This “victim politics” feeds on powerlessness and bestows value, as in, “I’m more oppressed than you therefore I matter and you don’t.” Clearly, men make better victims than we women, so eager to put others’ needs ahead of our own. That’s because, to their entitled selves and the women who love (or fear) them, men appear far more deserving than we women ever could, even in our dreams. Being more visible and worth more, men
naturally expect more. In this context, lack of privilege translates as “victimhood.”

Men’s historic willingness to use violence to soothe their wounded pride (a male version of hurt feelings) have taught women to avoid making men angry at any cost. Perpetual and genuine victimization has infused submissiveness into our bones, and made self-censorship second nature as survival strategies.

Our fear of hurting men’s feelings and being labeled “man-hater” nudges women onto that slippery slope where hurt feelings slide seamlessly into “oppression.” Regardless of who objects to women-only space, the fuss invariably originates with men’s wounded egos, their injured pride legitimized by accusations of “exclusion “or “reverse sexism,” their cause championed by eager female defenders. But, as Kate Clinton reminds us, “Oh, I’m SO disappointed in patriarchy!”

Feminism keeps us in the front lines advocating for the truly downtrodden, exposing the cruel indifference of power-over structures which ruling class males alone escape. But the woman-loving values, radical analysis and cooperative ethics of feminism lift all of us out of second place, out of victimhood. With it, we deepen our loyalty to ourselves as women while honoring others as themselves. Because it cherishes life itself, feminism makes everyone human and justice possible. What other politics can do that?

Feminists thrive in sacred women’s space to expand Lesbian tradition and honor all people’s heritage. We identify and empathize when others are neglected, misrepresented and abused. Rather than compare oppressions why not transform them into strengths? Going down that road educates us to the point of recognizing that, for example, transsexual heritage is currently being co-opted and disappeared by the very forces who likewise seek to eclipse radical faery and Lesbian history.

Everyone has a right to self definition so long as other people’s boundaries are respected, and this means recognizing when certain identity claims disrespect the identity claimed. Let’s name cultural appropriation when we see it without stooping to personal attacks. For decades, victim behavior in our community regularly raises its ugly head to bully, manipulate and intimidate us into submission. We are all familiar with the spectacle of so-called “less powerful” individuals pulling victim-rank to cut down our strong, visible risk-takers. In Australia they call this “the tall poppy syndrome” to mean the habitual practice of cutting down outstanding individuals. Creativity is silenced, and the fear of being targeted keeps everyone in line.

Power struggles in our community assume a variety of shapes and speak in varied language, but professional “victims” have probably left the bloodiest trails of all, and far too many casualties have been lost to their abuses. Those who survive learn to keep a low profile. Everyone who’s been around or done anything of note has sad stories to tell.

In my case, for example, the infamous sentence in a 1998 column of mine (“For more than twenty years now, men have declared themselves ‘women’, manipulated their bodies via experimental surgery, and then demanded the feminist seal of approval from survivors of girlhood.”) prompted that year’s Philadelphia Dyke March Committee to dis invite me. I didn’t demand their agreement, but only sent the article (Passover Revisited, April 15, Chicago OUTLINES) in a spirit of friendly discourse. However, nervous that my presence ” . . . might make some transsexuals uncomfortable” (read hurt feelings and wounded pride), the committee withdrew my invitation. My lower score on the oppress-o-meter made me expendable, so rather than accept diversity of thought, I was excluded, sacrificed to victim politics.

A doctor whom I’ve considered a good, conscious, activist Lesbian friend for almost two decades objected to questions and challenges to medicalized postmodern assumptions in my writing. She lowered the boom on our friendship in (presumed) defense of transgendered individuals (patients?) whom I had neither addressed nor attacked. No matter that I expressed strong support for individual autonomy and the right of everyone to control their own body, she chose to be offended on her constituents’ behalf. But would she accept at face value, I asked her, a white person’s claim to be African American?
Her response was to abruptly terminate the discussion, and our friendship.

What I find interesting here are priorities. The March Committee admitted not even considering MY feelings when they dis invited me. They justified their action with the argument that transsexuals are “more oppressed” and “more marginalized” than Lesbians. And did my old friend imagine how her hit-and-run blitz would feel to ME? Victim politics triumphed again.

For taking issue with a few “givens” of postmodern queer theory and popular trends, I have been likened to the Pope, accused of “trying to silence” discussion with “paranoid,” “transphobic,” “arm twisting” and “hate speech” by those with no clue about the fine art of discourse. Consequently, several of my appearances have been stymied as fearful concessions to unmistakable intimidation and political convenience.

“The Personal is Political” was a favorite slogan from the Lesbian-feminist 70’s. By that we meant that we took women’s personal lives seriously, listened to each other and made connections which we translated into political analysis and action. We called this process “consciousness raising” and it transformed us and the world forever. Consciousness raising identified the structures and the dialectic of our personal and public experiences, drew conclusions and established ethical guidelines. It placed women in the center our lives, illuminated our relationship to, and our position within, male centered systems. It became the lens through which we recognize who does what to whom. In short, political analysis at its most elegant. Lacking solid theoretical reasoning, activism devolves into reactionary mob mentality, as my examples illustrate. But developing feminist politics will keep us moving forward.

And we must move not only through women’s ingrained terror of hurting (men’s) feelings, but also through currents of American anti-intellectualism. Rather than an ability to focus on the bigger picture, detect connections, shapes and patterns, Americans tend to reduce everything to the individual. For example, economic “democracy” is taken to mean that the rich and the poor have an equal right to sleep under the bridge. Aggressive American individualism has produced impressive singular accomplishment, but it’s also responsible for our disgraceful educational and shameful health care systems.

This country’s distrust of critical thinking was intensified by the brutal anti- communism infecting the last century, when questioning authority was forbidden and unconventional thinking was a punishable offense. The residue of that fear lingers today even, and perhaps especially, in our community, historically targeted along with independent political thinkers. Our best defense against intellectual terrorism is a strong, analytical mind and the courage to speak truth to whatever power might be, no matter if it’s outside our community, or entrenched within it.

I want us to understand forces of history and how they impact our lives. I want the big picture, abstract reasoning and critical analysis unconfined by the ever-present female fear of offending. I want to help expand the woman centered perspective developed by Twentieth Century Lesbian feminists, and I want to utilize the intellectual tradition of my Jewish heritage to nourish everyone’s mindfulness.

I collect my thoughts, take my stand, learn something new, and sometimes feelings (mine included) do get hurt in the process. So be it. As long as I remain respectful, responsible and obey my feminist guidelines, I will be able to separate the personal from the political in order to put them back together in a deeper, more complex and wholesome configuration. I will listen to others but refuse to be bullied, or dim the brilliance of feminist principles. These times demand clear and courageous thinking, and if feminists don’t do it, who on earth will?

When, in the summer of 1957 a bolt of lightning struck the ground less than a foot from me, I became convinced that lightning was the way I wanted to exit this mortal coil, so exciting was that moment. But after years logged as a lightning rod I’ve learned that not every charge is positive. Nevertheless, having been raised to question authority and primed to defend unpopular causes, I expect to continue doing just that. So disagree all you like and I’ll hear you, but don’t expect me to compromise my truth or to shut up about it. Then, neither of us will be victims