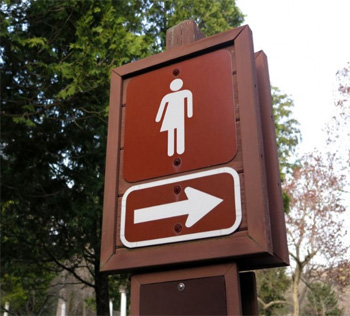 Do you believe that men who fetishize the female body need and deserve the same types of social support as women and men who have been hurt by homophobia, harassment, and violence? As girls and women who have been harshly criticized and degraded for breeching the expectations of traditional femininity? As victims of childhood sexual abuse who have come to dissociate how they feel in their bodies? If you feel that these very distinctive experiences conjure unique social solutions, then it is vital to think critically about how very different types of people with different needs and experiences come to embrace transgenderism. It is crucial to ask how transgenderism fails to address diverse social problems. It is important to consider how the growth of transgenderism creates new harms and constraints for people who want freedom from traditional gender roles.

In an expanded article, “Understanding the Many Pathways to Transgender”, I explore some of the most documented reasons different people choose transgenderism as a solution to very different social experiences. These include a resurgence of traditional gender roles, internalized and coercive heterosexism and homophobia, a male-festishized ideation of the female body (by men who fantasize about participating in lesbian spaces), and the expanding social contexts of gender trending and lucrative big pharmaceutical interests.

Transgender individuals have become an increasingly visible and vocal class among the LGBT spectrum. But people come into transgenderism for very different and sometimes contradictory reasons. And the experiences of women who transition to male and men who transition to female are dynamically different as are the effects of these changes. Transgenderism is not a sexual minority sui generis. It has become, over time and through much effort, a widely embracing ideology, that presents a common solution to a diverse range of very different social problems. Poorly understood problems are rarely helped by radically transformative solutions that sweep differences and complexities under the rug. I invite you to consider more carefully why many different types of social experiences have led different individuals to adopt transgenderism as a solution and how this most often fails to really address the root of those social problems.

Gender dysphoria may be one form of dissociation from oppressive gender roles rigidly imposed on individuals for whom these roles rarely fit perfectly, but it is also commonly confused with other forms of dissociation and more importantly, its causes as likely deeply social, are being overlooked. Beyond the idiosyncrasies of gender role socialization, severe childhood abuse, for example, creates dissociation that can look like and manifest as gender dysphoria. One study of female to male transitioners found that 60% of the interviewees reported one or more of several types of severe child abuse. For clinicians to offer sexual body modification and not treat underlying forms of trauma could be a risky, ethical, and damaging misstep. Clinicians with long-standing experience treating gender dysphoria have also begun to rethink how many other serious psychological disorders are being lost to this quick catch-all, consumer driven diagnosis. The trans movement is encouraging these diagnoses, and individuals are walking into clinics requesting them.

With so many young men and women who have de-transitioned recounting experiences of homophobia and repressive sex roles factoring into their decisions, the question has been raised if increasing pressures to transition should not also be considered a human rights issue: the cultural and biomedical erasure of young butch women and effeminate men. In one gender clinic in London, there has been a 4000% increase in the number of girls seeking treatment for transgenderism, with parents supporting their requests for double mastectomies.

By far, the most visible and well-known transgender celebrities are men who have biomedically transitioned to embody what has long been stereotypically considered ‘sexy’ female bodies. They are thin and curvy with perky breasts, wear revealing form-fitting clothes and are slathered in make-up, fingernail polish and hair extensions. To celebrate these presentations as displays of idealized femininity contradicts women’s autonomy over defining what makes a woman beautiful. Feminists are deeply concerned that supporters of trans-rights have failed to call out the misogyny and toxic masculinity of some of the movement’s most visible public advocates. Furthermore, in a world with rampant rates of violence against women, sexual assault and sexual harassment, feminists find it gravely troubling that men who desire the experience of becoming a sexually appealing female do so according to misogynistic standards. We must ask the question of whether these men are contributing to and not working against rape culture.

The Market-driven Approach of Big Pharma and the Medical Industry

The pharmaceutical industry has consistently been the largest industry to lobby Congress, clearly demonstrating it‘s political agenda. Just as pundits charge that the industry and its close collusion with lawmakers is “feeding the Opioid crisis”, it is now feasible to say it is also “feeding the transgender scramble”, as a growing number of supporters argue for expanded ways of getting these drugs and surgeries to transgender patients and pharmaceutical companies donate millions of dollars to LGBT causes. Who benefits from all these high cost lobbying ventures? Investigative reporting traces the money to “exceedingly rich white men and women”.

A ‘Social Contagion’ Effect and the ‘Gender Revolution’

Finally, individuals who may have been distantly supportive of transgender surgeries, or moderately curious about the process of socially transitioning one’s body into a new gender identity, are going to be much more likely to do so the more those around them are doing so, and the more transitioning becomes visible and accepted as a way of confronting the limits of traditional gender roles. Lisa Littman’s 2018 publication in the journal Plos One, “Rapid-onset gender dysphoria in adolescents and young adults: a study of parental reports”, documents a process of social contagion among young persons who transitioned following one or several close friends’ transition. Statistics collected in the study indicated that 82.8% of the children reported on were female at birth with a median age of 16. In 36.8% of friendship groups, all members of the group transitioned.

Transitioning does not alleviate the sexism that constrains how certain forms of behaviors, preferences, interests, and tastes are associated with very stringent gender roles. To the contrary, stringent gender roles are now upheld by medically transitioning bodies to make personalities match traditional notions of man and woman and sexuality that complies with heterosexual norms. When young girls are now among those most frequently taken to gender dysphoria clinics for their inability to conform to traditional displays of femininity, it suggests transgenderism is, in part, responsible for conversion therapy and the widespread elimination of butch lesbians, what some consider a “genocide of lesbians”.

If you are considering transitioning, if everyone around you would support your personal choices in who you love, in how you choose to dress, in your preferences and tastes, would you still feel the need to transition? If you live in and around others who criticize you and pressure you to be different, how can you find safe and supportive relationships where you are loved and respected for who you are in your body and in your life? Do you really want to give full power over defining and maintaining your gender to a lifetime of medical management?

If you are wanting to be an ally to an oppressed minority, then support solutions that undo sexist gender roles, homophobia, the objectification of bodies, and the domination of the pharmaceutical industry in defining and controlling gender. Support women and girls to realize their full potential beyond traditional notions of femininity. Support all human beings to become better human beings, beyond how their accessories match their genitals.

With heartfelt thanks to Jeanne Neath for many helpful comments, insights, and suggestions.