“Our sisterhood is held in the web of our ancient mothers’ arms.”
author C.H. page 483 in Female Erasure.

Our Purpose
We at XX Amazons intend to re-create the female-centered world. It is time to move on from the rule of men and back to the way things were before patriarchy, when sustaining female-centered societies moved all parts of society along in ways that were full of kindness, cooperation, consideration, peace, and the wellbeing of Earth and all her beings.

Our Intention
Our intention is to promote in every way possible women’s spaces and the interests of women and girls. By women we always mean female-born women. Always. We won’t reiterate it. We know you will remember. 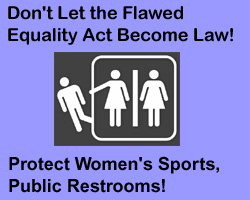 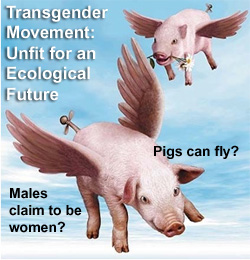 Who This Site Is For
The XX Amazons website is for radical feminists, but also for de-transitioners and questioners. We want you to be able to send supporters, the puzzled, friends, relatives, and anyone trying to figure out who women are and what women want to our XX Amazons site.

What Is Included
You will find writing, photos, art-work, theories, analysis, excellent articles and thoughtful blogs. We offer links to other gender critical websites and resources. We provide support for the radical Feminist Lesbian, Feminist, Radical Feminist and Lesbian Feminist position about gender (abolish) and its creation and perpetration today, including how it harms us. We want you to see XX Amazons as a rich part of the movement protecting women and women’s spaces and as a valuable resource.

Women Only Spaces
Women’s Liberation, born in the late 1960s, thrived on women only groups, actions and events. For the last 50 years we’ve promoted and publicly advertised our women only events. Today, in January of 2018, we are fighting for our right to gather as women and/or as lesbians in women only festivals, conferences, and organizations. We XX Amazons are determined to preserve woman only space and organizations.

Transgender Situation of Today
We specifically want to address the transactivist situation of today. We believe there is a concerted and well-funded effort underway to do away with women’s space. TEAFs (Transactivist Extremists Attacking Feminists) have used tactics including intimidation and deplatforming to shut us up, shut us down, silence, erase and make us invisible. By us we mean women. TEAFs do everything they can to prevent thoughtful, measured discussion about gender and the idea of gender-identity. Our right to speak in public on these important issues is being eliminated through intimidation, bullying and the fear of male violence.

Transgendered People’s Rights
We support the right of every transgendered individual to express femininity or masculinity as they choose. We stand as allies in their fight to be free of discrimination in the areas of employment, housing, and so on. However, we see a conflict of interest of two oppressed groups.

Transgendered Worldview
The worldview of the transgender movement is on a collision course with that of women’s liberation. We believe only women have the right to say who is a woman. No man has the right to declare himself a woman! We will not cede the right to men to define themselves as women. We expect our needs and desires for female-born women to gather without threats of harm to be honored and respected.

Our Concerns
We have many concerns about the practice of transitioning. What is transitioning anyway? People who transition either experience gender dysphoria (a feeling of being in the wrong body), discomfort with their gender (the masculine or feminine characteristics and behaviors assigned to their sex), or both. Transitioning involves rejecting the gender associated with one’s biological sex and adopting the “other” gender. It usually involves attempts to change one’s body through medical interventions so that the body has some resemblance to the chosen gender. The medical interventions can include long term hormone use, surgery, and plastic surgery, all of which can be dangerous and have long term consequences including permanent sterility.

Feminist View of Gender
Feminists want to abolish gender so that everyone can express themselves freely. When people transition they are usually jumping from one constricting gender role to another and solidifying the gender straightjacket for everyone else. When transitioners take hormones or do surgery they are choosing to change their bodies instead of challenging the gender straightjacket. They are voting for the continuation of a gender system that trains boys and men to be dominators and girls and women to accept domination. We believe we have the right to speak of our concerns about people transitioning and what we think it means to them and to us. We are especially concerned about the impact transgenderism is having on children and teens.

Backlash Against Women
The backlash against women has reached exponential proportions. We now face not only a right wing attack on women, but a new patriarchal force – the transgender movement. Making matters far worse, some feminists and many progressives have been swayed by the perspective of transactivists and often join in the efforts to silence and erase women.

Female-Centered World
Perhaps we should not be surprised at the assaults by transactivists and their feminist and progressive supporters. The patriarchal society now overrunning the earth is coming to its end time. Its practices of domination and exploitation have escalated and are now ushering in earth changes (due to climate change) that will reach a scale that humans have never before experienced in our short 200,000 year time on earth. Our hope now is to bring all patriarchal institutions to an end, including gender and every form of domination and exploitation. Please join us in the work of re-creating the female-centered world.