What Did the Georgia Greens Do? 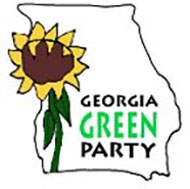 What is going on between the Georgia Greens and the Lavender Caucus? At their February meeting, the Georgia Greens modified their platform stating that policy makers should find nuanced approaches that can both protect trans-identified individuals and protect the sex-based rights of women. Among other changes, their Human Rights plank now concludes:

“The Georgia Green Party here endorses the Declaration on Women’s Sex-Based Rights, as developed and publicized by the Women’s Human Rights Campaign, and encourage our members, our national party, policy makers and the general public to do the same. We will regulate access to gender-affirming therapies to protect Georgia children from medical experimentation, prosecuting ethical violations involved with subjecting children incapable of fully informed consent to such life-changing and irreversible procedures. We will protect women and girls from unfair competition in sports by male bodied athletes. We will protect girls and women in the enjoyment of female-only facilities, programs, or services, particularly in places where women have a need to be in a state of undress, or where their privacy may be compromised or their safety may be at risk from male-pattern violence.”

Lavender Greens Go Over the Edge 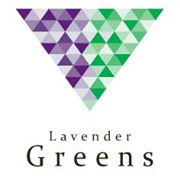 As you might expect, the Lavender Greens were a bit ticked off! On February 28th in an “Open Letter to the National Committee of the Green Party of the United States” this LGBTQIA+ caucus argued that the Declaration on Women’s Sex-Based Rights would “force children to undergo permanent physical changes that exacerbate their dysphoria, inflicting trauma that could last the rest of their lives.” (Note that the “permanent physical changes the Lavender Greens are concerned about are those of going through a natural puberty!) The Lavender Greens go on to say they can’t “stand by while one of our state parties aligns itself with a hate group.” (And now note that the “hate group” they are speaking of is the Women’s Human Rights Campaign.) The Lavender Greens demand that the Georgia Greens:

The Lavender Caucus called on national Green Party to disaccredit and disavow the Georgia Green Party unless that party grovelled as requested and met all three demands. 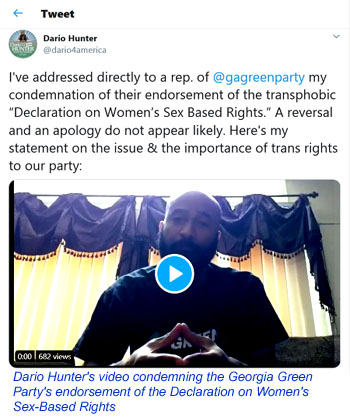 A letter on April 7th from the Georgia Greens to Dario Hunter provides a look at the unfolding conflict. Hunter is the delegate of the Lavender Caucus to the Green National Committee. He is also seeking the 2020 Green Party presidential nomination. Although Hunter published a video condemning the Georgia Greens, he still felt he could propose a “reconciliation retreat.” The Georgia Greens found Hunter’s terms unacceptable, replying:

“The private nature of the conversation you have framed, and its stated design to limit participation to a handful of participants seem better designed to brow­beat and re­educate the single spokesperson of the Georgia Green Party your proposal invited to this reconciliation retreat; or at best to engage him in an ad hoc group therapy session to assuage the hurt feelings of Lavender Caucus leadership over our refusal to comply with an ideology we understand as destructive to the rights of women and children.”

The Georgia Greens described the hostility directed toward them by the Lavender Caucus, including “incessant namecalling,” sexist slurs, actual threats of violence, and efforts to silence and censor their voices on social media channels of the Green Party. They note that:

“Many folks, including those far beyond Georgia, have noted that the often heated exchanges in party channels on this subject seem to be driven by the hostility of people who demonstrate no familiarity with the document we endorsed, and which they dismiss as hateful, bigoted and transphobic.”

In their letter to Hunter, the Georgia Greens invite discussion of the Declaration of Women’s Sex-Based Rights, and especially a written critique from the Lavender Caucus.

“We welcome an opportunity to participate in dialogue on the issues raised by the Platform amendment which has been the subject of this recent controversy. But we would prefer to do so with people who have actually read the language we have adopted, and the document we have endorsed, not just the hyperbole and derogatory misinformation being spread about it.”

Georgia Greens call for engagement of the entire Green Party on the issues raised by this conflict:

“Georgia Greens feel many in our party might benefit from a Feminism 101 refresher course, a reminder that feminism, as bell hooks taught us, is ‘a movement to end the sexist oppression of women’. We believe it is important to remind ourselves that as feminists, we understand gender as a social construct and a tool for the patriarchal oppression of women; that we see gender not so much as a spectrum but more of a hierarchy which limits the lives of both women and men; that as feminists it is our job to abolish not celebrate gender…”

A new caucus of the Green Party, Greens for Dialogue Not Expulsion, has formed to support the Georgia Greens and promote democratic discussion on issues such as sex, gender, gender identity and women’s sex-based rights among the Greens and their supporters. The Greens for Dialogue Not Expulsion Caucus has already issued an invitation to Dario Hunter and the Lavender Caucus to discuss these issues through a public forum and a well-moderated online discussion bulletin.

To support and promote these discussions you can sign their petition. You don’t have to be a member of the Green Party to sign. There is also an option to join the Greens for Dialog Not Expulsion caucus if you want to be more involved. Expect to work with a wide variety of people having a wide variety of opinions if you do join the caucus.

Having a large number of signatories on this petition is important to getting the Green Party to take these issues seriously. I see influencing progressives to understand gender critical and radical feminist thought regarding sex, gender, gender identity and women’s sex-based rights as a top priority and this is a chance to impact the conversation taking place in a national and progressive political party.