Over many decades Western societies have come to a clear understanding that members of minority groups should be able to live free from discrimination and be free to embrace their own cultures, ways of life and self-expression, provided no one is harmed. As one of the newest groups to claim minority status and rights, transgender people clearly deserve:

But, transgender people are demanding far more than an end to discrimination and freedom of self-expression!

“Taking Back Our Hair”: Activism and Self-Love

One of the terrible effects of prejudice and discrimination is the way members of minority groups are made to feel ashamed of themselves and their own group. Sometimes group members go so far as to hide their own identities. Just think about all the lesbians and gay men who have lived or are now living in the closet. Other examples include how ethnic group members may feel embarrassed about and reject family and cultural traditions, racial minorities may desire and seek to appear similar to the dominant group (as Toni Morrison portrayed in The Bluest Eye), and women may prefer spending time with men and think men are superior to women. 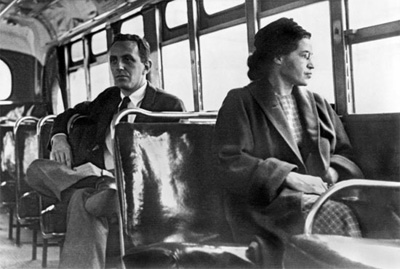 Rosa Parks’ refusal to relinquish her seat on a public bus to a white man precipitated the 1955–56 Montgomery Bus Boycott in Alabama. Her action was the spark that ignited the U.S. civil rights movement.

One of the excellent results when a marginalized group organizes and fights for its rights is that group members develop a strong identification with and pride in their group. Pride in the group leads group members to develop love and respect for their own selves. The lunch counter sit-ins, bus boycotts and marches of the Civil Rights movement, the gay pride parades, dyke marches, and disability rights activists wielding wheelchairs and protest signs in front of the Supreme Court and Congress all forced change on society. Participating in, or even knowing about, these activities changed the internal experiences and self-expression of many minority group members.

By the late 1960s and 70s the Civil Rights and Black Power movements stimulated a celebration of African roots and pride in African American history and culture. Even the physical appearance of many African Americans, such as adopting the natural afro hairstyle, began to reflect the pride they felt in being Black. As Ebony magazine explains:

“In the 1960s, Black folks finally said, “To hell with that!” After decades of subjecting ourselves to European beauty standards, we decided to take back our hair. This newfound self-acceptance was widely known as the Black Is Beautiful movement, which sprang from the Black Power movement.

With political activists such as Angela Davis, Huey P. Newton and Jesse Jackson proudly rocking Afros while fighting oppression, the hairstyle quickly emerged as a symbol for Black beauty, liberation and pride.” (From Princess Gabbara’s Ebony article on The History of the Afro) 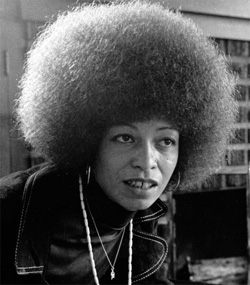 In the same time period women flocked to consciousness-raising groups and took to the streets. We then expanded our grassroots movement to include everything from self-health groups where we learned about our own female bodies to goddess spirituality that replaced a male god with the original female goddesses. Feminism made women proud to be women. Feminism helped us to love our female bodies. Women who’d assumed they had no choice but to be heterosexual came out as lesbians and loved each others’ female bodies.

Disability activists demanded society accommodate disabilities, but also came to value their own capabilities and what they learned from their own disabilities. They proudly claimed their identities as people with disabilities.

A Special Minority? Transgenders Ask Too Much

What about females who transition (i.e. F2T or “transmen”)? The situation is different for women because they are transitioning into the dominant group – men. They are not claiming to belong to an existing minority group, but most of them support the male to transgenders’ (i.e. M2T or “transwomen”) claim to be women. Thus, both the male and female camps in the transgender movement must be considered responsible for the attempts by the M2Ts to usurp the identity of women.

The primary concerns addressed in this blog are the illegitimate claims made by M2T people and the consequences of those claims for transgender people, the transgender movement, and for women and girls.

The transgender movement has stepped off the well worn path travelled by other marginalized groups with serious consequences for transgender people. Other social movements have been very clear that society is what needs to change, not the members of an oppressed group. But, what transgender people seem to want most is to change themselves enough to appear as the “other” sex or “gender.” Here we have a social movement strangely advocating change in individuals. The consequences are not pretty. Transgender people could be like other minorities and celebrate their transgender identities. Instead their impossible attempt to take on an identity that does not belong to them is destructive for transgender individuals and their movement, as described below. Even when the transgender movement does work for social change, its activity is misdirected when it targets radical feminists and other gender critics, instead of the dominant society. 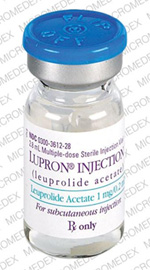 Lupron is a hormone blocker prescribed for gender non-conforming children.

Changing vs. celebrating the natural body. Transgender people reject their biological sex and their own physical bodies. Other minorities celebrate their bodies and reject damaging physical regimens like hair straightening, girdles, high heels, plastic surgery, and dangerous psychiatric medications. The desire to make changes to their bodies so as to appear as the “other” sex is so strong that transgender people risk their health to take cross-sex hormones and hormone blockers and undergo risky surgical procedures. Girls as young as sixteen are subjected to double mastectomies, removing perfectly healthy breasts. Pre-adolescent children are prescribed very expensive and dangerous hormone blockers like Lupron, used to delay puberty. All these hormonal drugs are prescribed off label, untested and unapproved for use by transgender people. They all have dangerous side effects. Remember what happened to menopausal women when they were routinely prescribed hormones!

Passing vs. celebrating a transgender identity. No one can change their sex. M2T persons can never be women because women are female and they are male and they have had the life experiences of males from birth on. A large percentage of M2T persons still have a penis! Transitioning is an impossible dream. No matter what lengths transgender people go to they cannot become the woman or man they want to be.

The ethics of usurping the identity of another minority group are terrible. The psychological consequences of taking on that false identity are not much better. When M2T persons claim to be women they inevitably create for themselves a “shaky”, insecure self. They become locked in an impossible attempt to convince themselves and everyone else that they are something – a woman, female – that they can never be. Transgender people choose to transition for many different reasons, but for some males the desire to appear as female is driven by an insatiable discomfort with one’s male body. As Andrea Long Chu describes in his essay, “My New Vagina Won’t Make Me Happy”:

Instead of simply acting as they naturally feel, M2T people go to great lengths to imitate women in their attempt to pass (or “blend” is their currently preferred term). They have to think about how they walk, their mannerisms, their speech. Some pay for voice lessons or for apps like the Exceptional Voice App (EVA), sold in 55 countries, that teach them how to sound more like women. Others hire “femme coaches” like Monica Prata of Nouveau She who assists with a complete makeover:

“For around $130 an hour, Monica’s standard rate as a stylist (“I’m not going to upsell them just because they’re trans”), she will provide hair, makeup, and wardrobe makeovers, not to mention guidance on facial feminization and gender reassignment surgery, vocal training, home redecoration, and “comportment.” (From Alex Morris’ article on How Exactly Do You Teach Femininity?)

Transgender people may obsess about how they appear and can feel desperate for confirmation from others that they have successfully “blended”. All the efforts to appear as female may just increase feelings of discomfort with one’s body, as Chu describes:

“Like many of my trans friends, I’ve watched my dysphoria balloon since I began transition. I now feel very strongly about the length of my index fingers — enough that I will sometimes shyly unthread my hand from my girlfriend’s as we walk down the street. When she tells me I’m beautiful, I resent it. I’ve been outside. I know what beautiful looks like. Don’t patronize me.” (From Chu’s essay, My New Vagina Won’t Make Me Happy)

Other minorities learn to value their natural appearance and identity, while transgender people, male and female, are caught in a lifelong act.

The act could be dropped. Transgender people can stop trying to pass and claim only their transgender identity. Then no acting is required. Transgender people would be able to just be themselves and express “femininity” or “masculinity” in the ways that come naturally to them. Those with gender dysphoria would still need to find ways to handle those feelings (as detransitioners do), but they would no longer be trapped in an act or in the false hope of transitioning. What a relief!

Like other gender non-conforming people (such as butch lesbians) transgender people would face the risks of violence and disapproval from an intolerant society, but they would do so feeling secure in who they are – transgender.

Coming soon! Part Two of this blog asks (and answers) these questions: